This year marks the 20th anniversary of 9/11, a date that saw the world witness the most horrific terrorist attacks on US soil.

Of course with every anniversary usually comes a number of either films or documentaries, reminding us of the shocking events that took place, that took the lives of nearly 3,000 people, and leaving 25,000 injured.

This film however, although based on facts, comes at the whole event from a different perspective, that opens all kinds of issues up for debate. 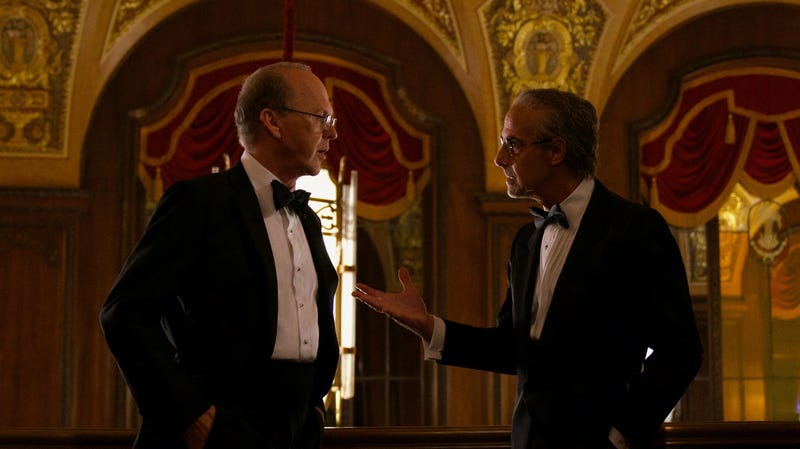 I distinctly remember you say that if you were ver the Batman again, you'd let me be the Joker!

After 9/11 the US government had many concerns, sadly one of those most pressing was that the airlines involved being sued by the families who had lost love ones, that could cripple these said airlines and put them out of business.

In an attempt to prevent this happening, the 9/11 Victim’s Compensation Fund was created. Thinking he was doing his duty, top lawyer Ken Feinberg (Michael Keaton) made the brave move to volunteer for the position of Special Master – a position that no one else wanted – so that he and his law firm could oversee the workings of the fund.

With a two year deadline given to him to get it completed, and a success rate of having at least 80% of claimants sign up to the fund, Feinberg believed he and his team were more than up to the task.

But despite having a model that he thought worked, that saw those on higher salaries be compensated far more than those on lower incomes, he soon received a backlash, the likes of which he was far from prepared for. 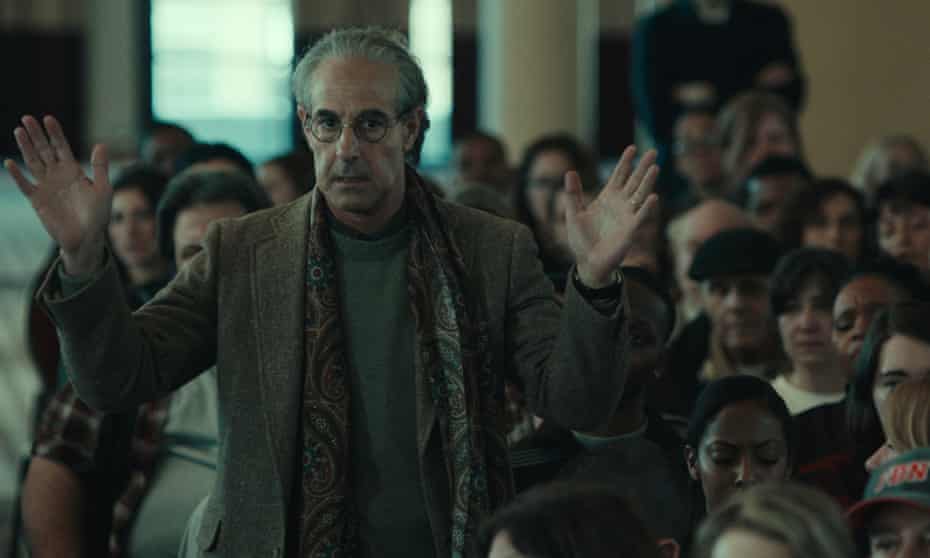 You see, I have nothing up my sleeves, and therefore have made David Blaine completely disappear.

With a CV that contains not one but three screenplay credits for Godzilla films, writer Max Borenstein wouldn’t necessarily be the most obvious choice for a 9/11 film. However, Borenstein does a great job with challenging material, which could easily have got bogged down in large numbers and government red tape. Not only does he raise some interesting questions, but he also gives the film an emotional thread; of course there are the stories from the families who lost loved ones on that fateful day, but he also manages to give Feinberg an appealing personality. It’s also helped by the character’s relationship with Charles Wolf, played by Stanley Tucci, who despite being an adversary, was fully aware of the huge task in front of Feinberg. The film could have certainly benefitted from the further development of this relationship, but with so much going on, it’s understandable that it didn’t.

The underlying theme of the film is the question it often asks: what price can be put on human life? It approaches it fairly matter-of-factly as far as Feinberg is concerned, without being muddled by emotions. Of course his opinion comes under a lot of scrutiny throughout, which leads to him questioning his own model.

But it’s not the only theme the film raises. The film is ultimately about the compensation of victims of 9/11, but it also inadvertently raises the issue of compensation as a whole for victims of terrorists attacks and the like.

The US may well consider itself the land of the free, but it ironically comes at a price, as the States has become ground zero for litigation. If it wasn’t your fault, sue whoever’s fault it was. This has lead to the social phenomena of ambulance chasers and where there’s blame there’s a claim, which sees lawyers manipulate the law in ways to make a fast buck, finding clients that might not necessarily be all that law abiding themselves in a bid to make some money.

This attitude is certainly a western one, with the US held as the main purveyor of it. There are wars and attacks that take place all over the world, but you are highly unlikely to see its victims in a court of law attempting any kind of compensation. To borrow the film’s theme of how much is human life, does this mean that American lives are worth far more than that of any other nationality?

Director Sara Colangelo, whose last feature was 2018’s The Kindergarten Teacher, does a remarkable job in balancing the legalese with the emotional weight that comes with such material. She’s certainly helped by a terrific performance by Keaton, who plays the part of a protagonist who is an objective voice in a sea of emotion, beat perfectly. He injects just enough personality that keeps you attentive, without overshadowing the big picture.

With so much recorded about 9/11, this take on the actual cost of the emotional fallout is a fascinating one, and is certainly a worthy addition to the subject.