We’ve never been shy in voicing our disdain for the musical genre. Under no circumstances is it OK for a character on screen to explain how they feel in song. Never. If someone is so desperate to do so, release a single or album; just don’t commit the heinous crime to celluloid.

Unbelievably, there’s one crime worse than characters bursting into song in film, and that’s a film whereby the majority of the dialogue is sung throughout. Which leads us to Leos Carax’s Annette. 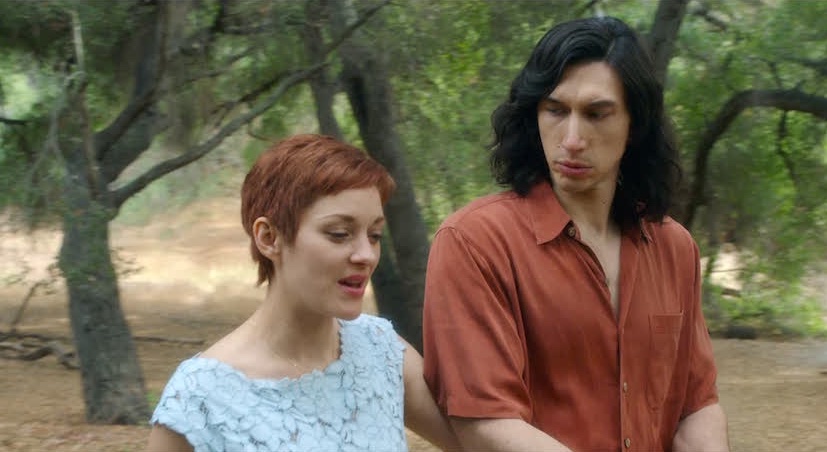 So I think what happened is that I was supposed to have the long hair, and you the short...

It’s all very intense to start with, and the couple soon marry and have their first child, Annette. Perhaps it’s the fact that both parents are so creative that results in their offspring being rather special, not only physically, but also having an incredible talent that could take the world by storm. 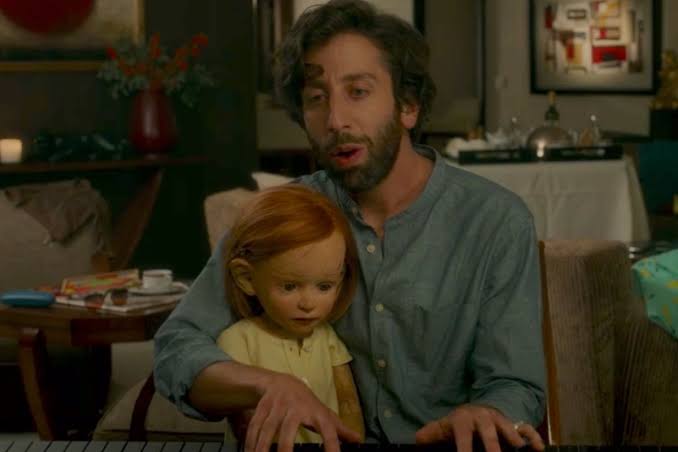 Buying a child off the shelf was just so much easier than making one from scratch.

If you’re in the mood for a feel good musical, in the vein of something like In the Heights, this film will not be for you. It probably won’t be for you anyway, as it’s as niche as can be, but the music is far darker and more operatic in style, both musically as well as embodying the often tragic themes.

And although it’s great to see Sparks involved in the project, both writing the music and making appearances, especially after their recent documentary, the music isn’t the most melodic or tuneful. In fact it’s pretty repetitive and annoying a lot of the time.

It’s not helped by a flimsy story that drags its heels beyond belief throughout. If you took out all of the unnecessary singing, which is just wishful thinking on our part, the story would run at no more than twenty minutes in total. Which would have been perfect. But French director Carax is keen to see both Driver and Cotillard’s characters on stage in a professional setting, far too many times. It’s not helped by Driver’s character not being funny in the slightest, nor Cotillard being able to carry a tune that is that pleasing to the ears.

And then you have Annette herself; a wooden puppet that could well be a descendent of Lady Penelope’s, who has such a chilling presence, she could easily have her own spin-off franchise starring as the next big puppet killer on the block.

The whole film is a torrid experience from beginning to end, and one that simply can’t be recommended, even to the most ardent of musical fans. It is a film that is somewhat out of time, as it could easily have been made in the late seventies as a fine example of a European art house film. But in the here and now, it’s just too awful to sit through.

To Carax’s credit, there is some fetching art direction throughout, which can just about take your mind of the onslaught of noise coming at you. And there is a finale that is actually genuinely touching, with the best performance in the entire film going to the young Devyn McDowell, who almost makes the whole thing worthwhile. And that’s saying something.

The concept is certainly one you can see working as a show off, off, off, off, off Broadway, to a small crowd of twenty or so hip, artistic types, but as a film it’s just too much of an acquired taste, and even then those droning words being constantly sung is likely to wear the most enthusiastic musical lover down.