You have to feel a little sorry for Batman. As if it wasn't enough to take on the might of his deadliest foes, his most recent adventure arrives on the very large waves caused by a certain GTA V.

After visiting Los Santos and having one helluva time, returning to Arkham is dreary by comparison. It's like having the best time of your life in a sunny hot locale, then being forced to spend two weeks with your granddad in the wind and rain, along with the general smell of piss.

But the quality of a recent release isn't the caped one's only problem. He may well be suitably adept at knowing right from wrong, as well as the ability to hunt criminals down, but for anyone who played the previous title, Batman: Arkham City, the overwhelming sense that will invariably hit them is one of déjà vu.

Although this game is a prequel, apparently playing out five years earlier than the events that take place in 2009's Arkham Asylum, the surroundings themselves are eerily familiar. 2011's Arkham City must have been separated at birth from Origins as the locales feel exactly the same.

Of course the situation isn't helped with it once again being constantly night time. Even the films popped into daylight once in a while, so there's no excuse for the games. The fact that the game always plays out in the dead of night, just makes it physically dark; sure, it has a Christmassy vibe, but it's not enough to differentiate it from other titles. 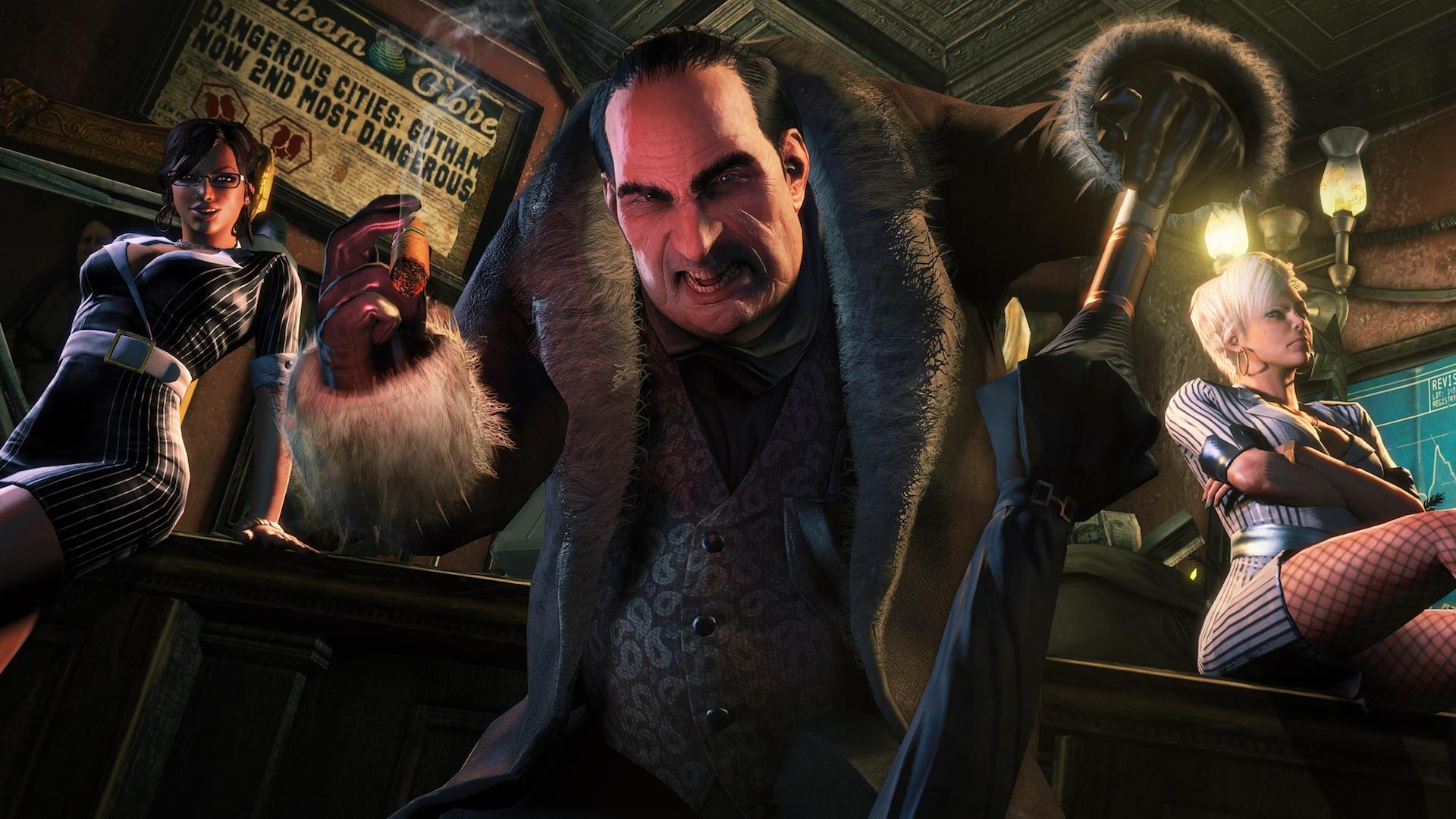 Batman, if you're feeling p-p-p-peckish, p-p-p-pick up a Chinese takeaway.

It appears that almost everything else from the last game is here too. Fighting mechanics? Check. Traversing the city with the Batclaw? Check. Getting into fights all over the city? Check. With the development of this game moving away from original developers Rocksteady Studios, the game has gone in-house with Warner Bros. Games Montreal. And it seems that the stamp they've decided to put on the series was simply to borrow that of the previous developers. In short, lazy. In fact all it is tantamount to is almost a 2.0 port.

That's not to say that it's a bad game. The story is told well and there is even a slight glimpse of originality in the section where the Mad Hatter is concerned and goes a little bit surreal, but it just doesn't last long. The fact remains though, if you've played Batman: Arkham City, you've pretty much played this one as well.

There is the addition of a multiplayer this time around, but it's a really shallow experience, and certainly not worth the price of the game alone.

With this generation about to fizzle out, there's a chance, on this evidence, that Batman may have a tougher fight on his hands the next time around in wooing gamers if he doesn't pull his bat socks up.