Jumanji: the Next Level

Gaming is now a more lucrative industry than that of cinema. Fact. For the first time, the video gaming industry is making more money than Hollywood studios.

It’s no surprise then that studios are still insistent on trying to take a ‘byte’ or two out of the gaming market, by still producing tie-ins of varying quality, including the recent Pokémon Detective Pikachu and Sonic the Hedgehog flicks.

2017’s Jumanji: Welcome to the Jungle offered something original at least, by updating the board game from the classic 1995 original, by replacing it with a video game. This sequel then, sees the return of some old faces, as well as some newer older ones too. 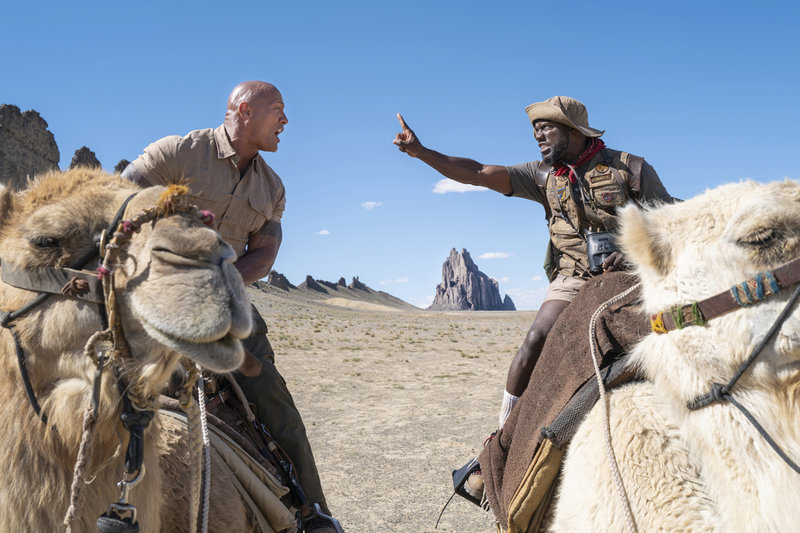 There's no need for a photo finish, I finished first!

It’s been three years since Spencer (Alex Wolff), Fridge (Ser’Darius Blain), Bethany (Madison Iseman) and Martha (Morgan Turner) had their wild adventure in Jumanji, and during this time all of their lives have moved on.

Spencer is taking it particularly hard. It doesn’t help that he and Martha have put their relationship on hold, nor that when he returns home during a school break, his ailing grand-father Eddie (Danny DeVito) has moved into his room until he gets back on his feet.

Feeling a little lost and out of it, he decides to return to the game, where he felt like had some purpose at least. It’s when the other three meet up at the local diner for their re-union that they find Spencer’s absence a little worrying, so they all decide to head over to his house.

Once there, they notice that he’s not around, but in the basement, it looks like he’s connected the console back together and realise he’s returned to Jumanji. Worried for his safety, they decided that they must return too, and rescue him. However, their intentions don’t go entirely to plan, as the game soon finds itself with some new players. 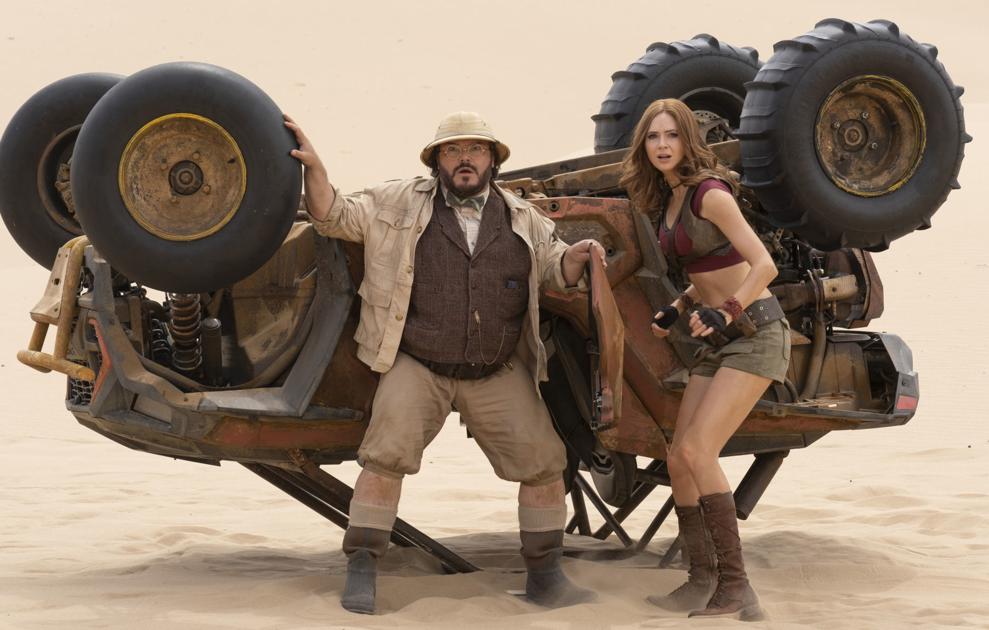 Quick, hide the ten bottles of vodka that were on the back seat before the paparazzi arrive.

Despite being a reboot of sorts, 2017’s Jumanji: Welcome to the Jungle was highly original, as it brought two different worlds together with two sets of characters – one set of humans, and the other their gaming avatars.

Director Jake Kasdan, who helmed the original, has returned to this theme, albeit with a few minor tweaks, with all four original avatars back for more, played once again by Dwayne Johnson, Kevin Hart, Karen Gillan and Jack Black. But it’s not the only thing he’s revisited.

Although the film includes a few new additions cast wise (including Danny Glover and Awkwafina), it feels like the story itself is running on the spot, not having progressed any further forward. The end result leaves a strong feeling of déjà vu, with this sequel’s premise loudly echoing the first: a group of teens get sucked into a video game and have to complete the mission inside to escape.

What differences Kasdan does employ stink of desperation. In a bid to freshen things up, some of the avatars are ‘played’ by different people in the real world. This allows the avatars to behave slightly differently. This only truly benefits Hart though, as the responsibility of bringing in the laughs falls on his tiny shoulders more often than not.

As a side note, the mechanic that makes characters transfer avatars within the game is borderline embarrassing. Considering how inventive the franchise is supposed to be, it appears all the imagination and creativity was used up on the first.

If you enjoyed the first one, and are keen for more of the same, literally, then this sequel delivers exactly that. But if you’re expecting a brand new thrilling adventure, brimming with originality, then sadly this isn’t for you.

With no doubt a further sequel already in the pipeline, and one that’s certainly heavily hinted at in the post credit scene, it’s hoped that they take a different approach, as it’s already starting to feel like it's game over for the franchise.