You have to feel sorry for clowns. For years they have been held responsible for creating a fear in those who encounter them, when all they really want to do is throw cream pies and wear silly clothes. If you want to talk seriously about real evil, then you have to talk puppets.

There is something inherently evil about puppets, albeit hand-operated, stringed, or otherwise.

Just look at Punch; a notorious wife beater who got a perverted thrill from knocking the hell out of his wife Judy, in public no less. That’s the way to do it, indeed.

It’s no surprise then that puppets have ventured onto the big screen to cause creative havoc. And one franchise that hasn’t held back is Puppet Master. 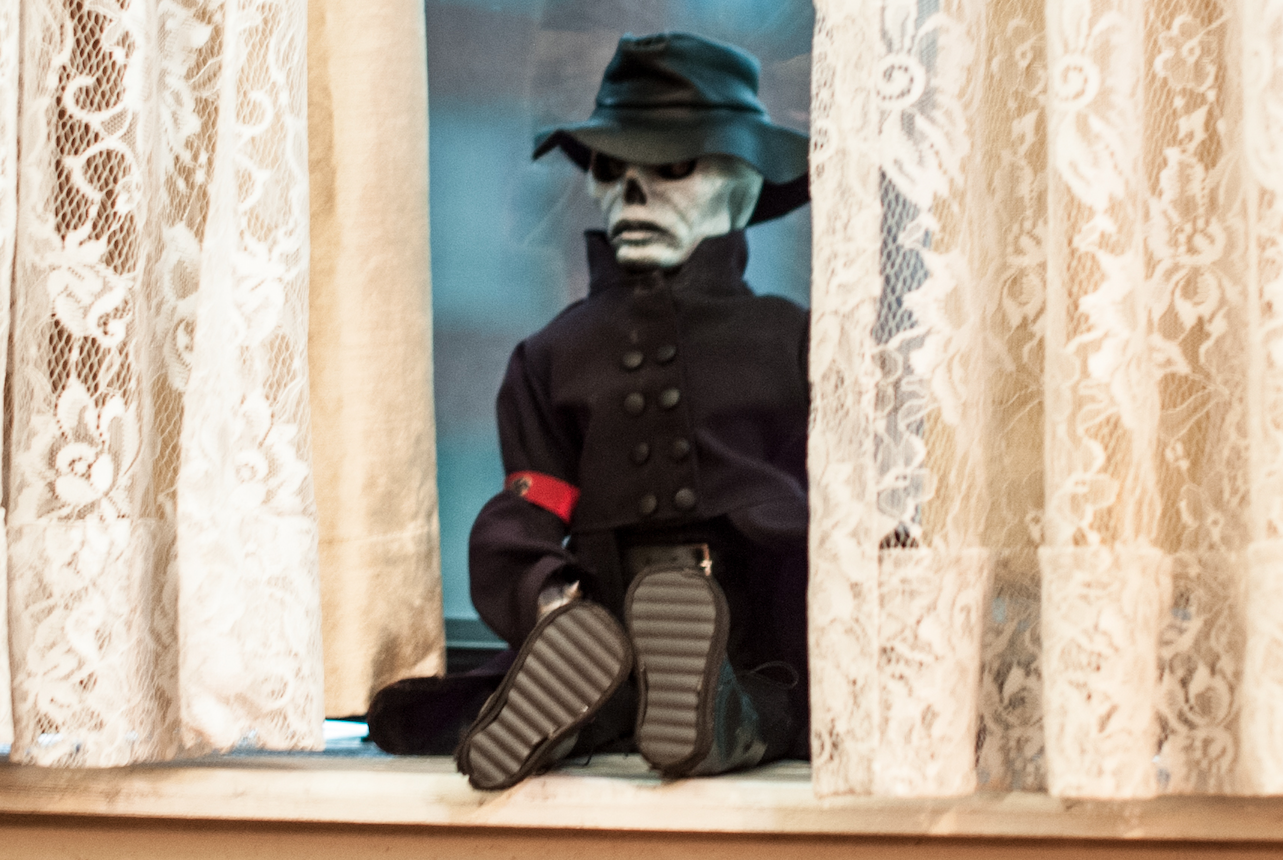 In not only an attempt to act as a distraction from his impending divorce, Edgar (Thomas Lennon) also needs to get away from his annoying parents, who he’s forced to stay with during this difficult time.

He decides that visiting Postville, Texas would be the perfect thing. The town is hosting the Toulon Murders 30th Anniversary Convention, which not only includes a macabre tour, but also an auction. Going under the hammer are a large number of grotesque puppets that Toulon (Udo Kier) made. Edgar discovers one of these said puppets in his family home, and considering the silly money they can go for, decides to attend and sell it.

Agreeing to go with him are his comic book shop boss Markowitz (Nelson Franklin), and old school friend Ashley (Jenny Pellicer). The three of them book themselves into the Brass Buckle Inn, where the convention is taking place, along with the other puppet collectors.

It’s not long however, before disturbing events start to take place within the hotel, and its unlikely source is attributed to foul puppet play.

Which one of you pricks ordered the Uber?

Puppet Master: the Littlest Reich is not only the latest entry in a very long line of Puppet Master films, it’s actually the thirteenth instalment. It’s a franchise that may well have passed you by, as since its inception in 1989, the franchise has been stunted by not only the diminutive size of its creepy protagonists, but also their shoestring budgets.

This reboot is of considerable note for the fact that it is penned by the talented S. Craig Zahler, who has directed the impressive titles Bone Tomahawk, Brawl in Cell Block 99, and the more recent Dragged Across Concrete.

It’s certainly far funnier than it should be, and Zahler no doubt has something to do with that. The dialogue is cute in places, certainly lifting it higher than the usual b-movie horror.

But credit should also go to its directors Sonny Laguna and Tommy Wiklund; together they have created a gruesome gorefest, punctuated by the ridiculous. There’s a multitude of scurrying that takes place by the many puppets involved that all adds up to some seriously cheesy fun.

It’s such a shame then that the ending is both hurried and hackneyed. It’s almost as if the PUA – Puppet Union of America – decided that enough was enough, cutting all ties and strings with the project before a more fitting conclusion was filmed. It’s a rushed affair that undoes all the sterling work done in the previous two thirds.

And with Chucky – who somehow became the new poster boy of evil puppets in recent years – making his return imminently on the reboot horizon, this franchise looks set to once again get lost in his shadow.

If only all concerned pushed this effort a little more, making it that little bit more funnier, gorier and sillier, it would have made for a more entertaining show, hands down.