Sibling rivalry must be a bitch. Well, we’re guessing it’s more so when the siblings work in the same industry. Take the McDonagh’s: John Michael and his younger brother Martin. Both are writers and directors of film, but only one of them has been nominated for Oscars (three), and won one.

Not that JM is bitter, after all, younger bro’s win was for a short, in 2006, and not for his outstanding Three Billboards Outside Ebbing, Missouri - although to be fair, both his leads – Frances mcDormand and Sam Rockwell - did pick up gold for their performances.

Here older bro John Michael, takes a leaf out of Martin’s book, leaving his European locale behind, that has served him well with 2011’s The Guard and 2014’s Calvary, for something far more exotic. 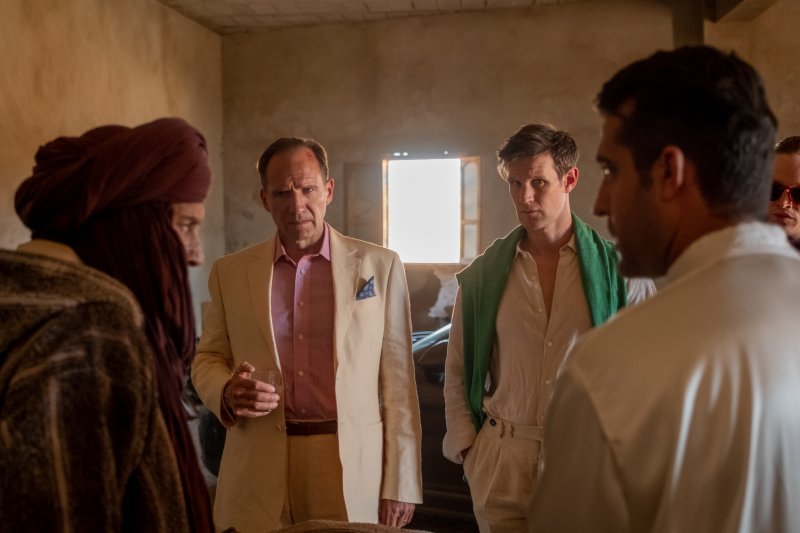 So there's only hot water every other day, is that right?!

Married couple David (Ralph Fiennes) and Jo (Jessica Chastain) Henninger are off to a party like no other, as it’s in the middle of the North African desert. It’s being held by couple Richard (Matt Smith) and Dally (Caleb Landry Jones), and it’s going to be some event.

Unfortunately for David and Jo, they are involved in a tragic accident on the way there, which leads to them having two very different epiphanies about their lives, taking them on two very different paths, in this very foreign land. 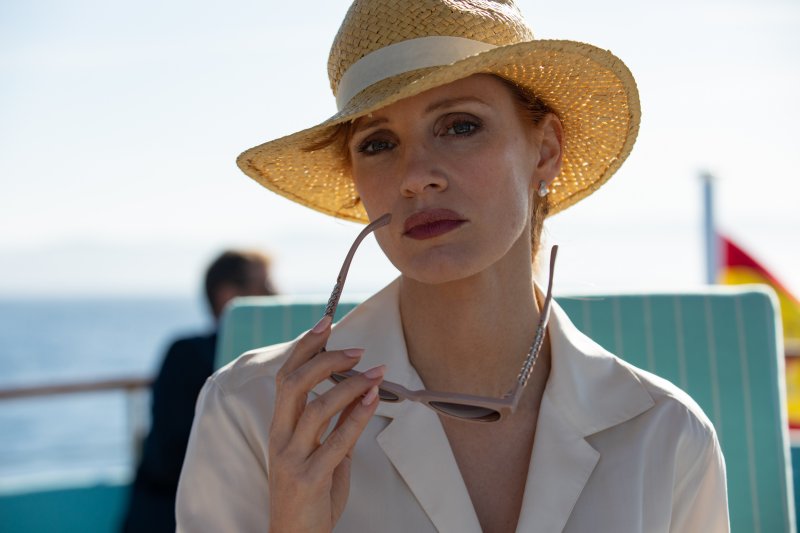 Chocolate, erm no, maybe strawberry, or vanilla, with sprinkles...

There is a point to McDonagh’s film being set in North Africa, and it’s all framed by religion. Firstly, the remote location allows the hedonistic trimmings of the party to take place, as well as a safe oasis for the gay couple who live there, considering how taboo their relationship is within the Muslim faith.

And then you have the sacred view Muslim’s hold regarding life and death. Fiennes’ character is obviously well educated, and yet still isn’t that familiar with this religion, but due to his actions, he’s essentially guided to his own salvation.

It’s these two very different worlds that give McDonagh’s film balance. Although it has to be said, one world is more interesting than the other; David’s journey is a powerful one, whereas Jo’s is both predictable and disappointing. Although some of the dialogue is entertaining, the party element of the film only gets in the way of the more intriguing part of the story, which is David’s.

It can almost be forgiven by some smart performances from all its cast, notably Fiennes and Chastain – both of whom shine together and apart, but also Matt Smith, who serves as a linchpin between the couple, and makes his presence felt every time he’s on screen.

It’s literally worlds apart from particularly his films set in Ireland, with very different characters. And although some of the characters here are just as larger than life, they’re just that way for the sake of it, lacking any warmth or empathy.

It does feature some impressive cinematography though, with the decadent, over the top feel of the party, opposite the stark beauty that the desert brings.

It’s still not in the same league as his brother’s work, but to be honest, very few are.

It’s on a more ambitious scale that’s for sure, that slightly runs away from him, but there’s still a lot to admire, with some great turns by some great actors, and little gems of dialogue here and there, which means that McDonagh himself can be excused for its shortcomings.